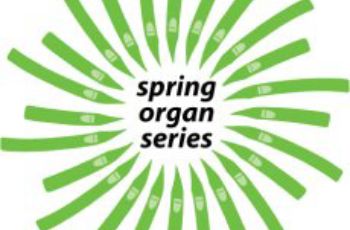 Under the Artistic direction of Christina Antoniadou, The spring premiere concert brings works‘ premieres to Greece as well as a World Premiere, an honour for the Spring Organ Series to celebrate its 15 years.

With the support of the Embassy of the Kingdom of Belgium

Sonata in g minor for flute traverse and cembalo, BWV 1020

Concerto in a minor after Torelli for organ solo 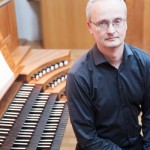 Johannes Quack, born in 1959, was an organ scholar at the renowned Robert Schumann School of Music and Media in Düsseldorf. Completing his Masters Degree in church music with distinction, he continued his studies with Nicolas Kynaston in London. Since 1990 he is the organist and choirmaster of  Antoniterkirche, the central Protestant church in the heart of Cologne, where he organizes a well-received recital series with more than 30 concerts every year. In 2011 he was awarded the title “Master of Church Music” for his dedicated work. He is an organ professor and instructor of organ improvisation at the Robert Schumann School of Music in Düsseldorf. He is the co-founder of the Cologne Church Music Festival and has worked as a composer and editor of organ music. Johannes tours widely and he has performed in Europe, the USA, Central America and South Africa. He has recorded CDs with music ranging from Bach to Bares and performed several world premieres, including Enjott Schneider’s Organ Symphony No 16 “Martin Luther”. 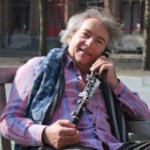 Hedwig Swimberghe is a clarinetist, composer and conductor who studied in Brugge, Gent and Berlin. He was awarded prizes at international competitions in Belgium, the Netherlands and France. He was clarinet professor at the Royal Brussels Conservatory and soloist with the Brussels Philharmonic Orchestra. Now he is the guest professor and conductor in Lugansk National Academy for Culture and Arts, Ukraine. Hedwig has given concerts and master classes in Europe as well as China, Japan, Taiwan and USA. He is the artistic director of the Clarinetissimo Festival, Alascala Music Events and also the director of the Ballet Olivia Geerolf in Belgium. He is the National Chairman of Belgium of the International Clarinet Association and performing artist for Selmer and D’Addario musical instruments.