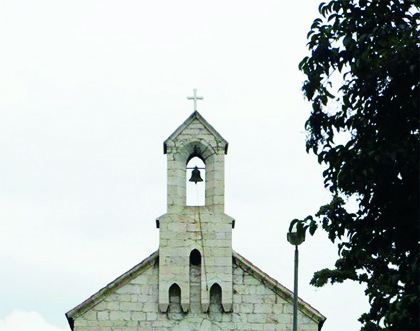 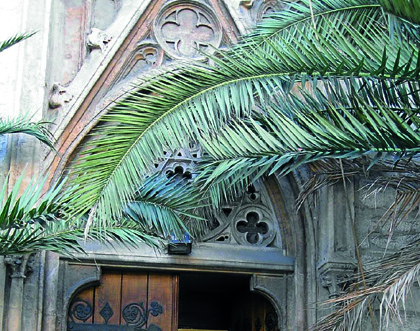 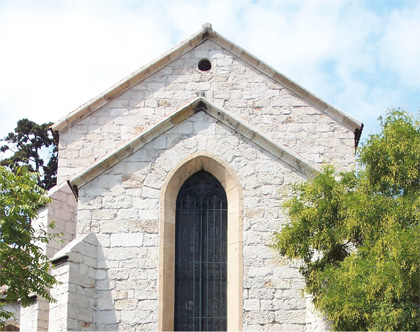 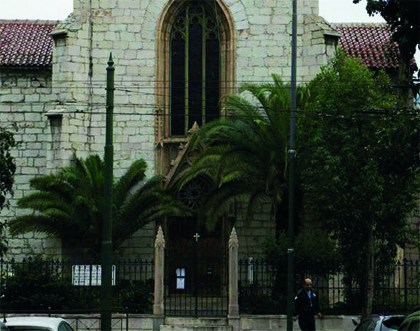 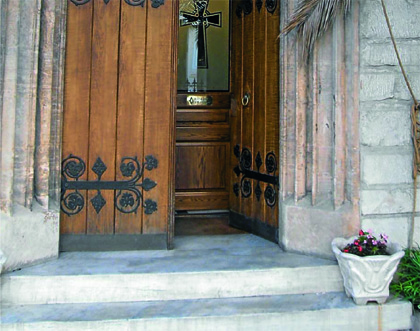 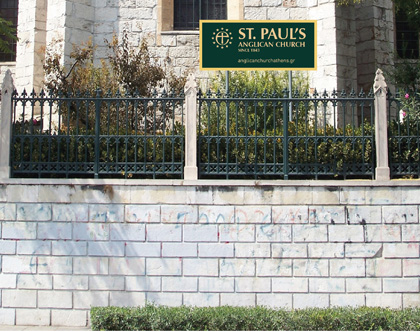 SUNG EUCHARIST
EVERY SUNDAY AT 10:15AM
St. Paul’s seen
from Amalias Avenue

Consecrated on Palm Sunday in 1843 by the Rt. Rev. George Tomlinson, Bishop of Gibraltar, St. Paul’s became the earliest foreign church in the city. Since then, it has been a focus of worship, pastoral care and cultural activities for the English-speaking residents of Athens, as well as for visitors travelling through Greece.