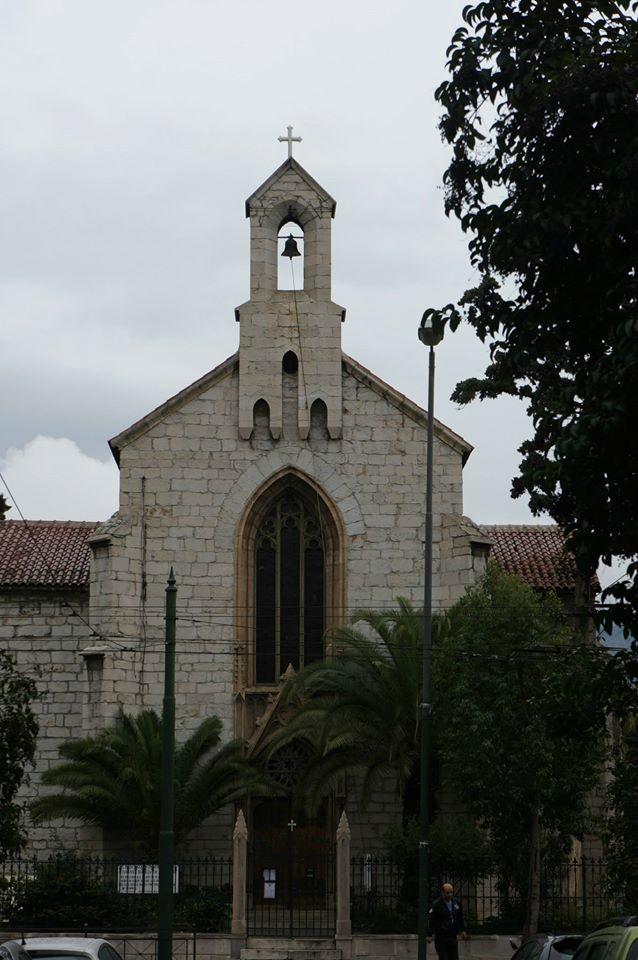 It is with great sadness that we have to announce the death on Wednesday 16th January, of our Honorary Treasurer Mr Maurice Ashford.

In the matter of his church life Maurice was a highly principled man. He has worshipped regularly here for some years – attending every Wednesday Liturgy and Sunday Liturgy. Unless there was city centre disruption he would get here either by Metro or in his little Smart car.

His church life goes back further though. I am aware that he was strongly involved in the life of St. Mary’s in Charlton Kings, Cheltenham, a church that I know slightly as it is the Diocese of Gloucester where I also used to be. He was never done comparing St. Paul’s Athens with St. Mary’s Charlton Kings, which was sometimes helpful, but at other times less than helpful. There were things here at St. Paul’s that he found frustrating at times.

Shortly before my arrival in June of 2017 Maurice was appointed Treasurer of the church, a task that he took extremely seriously. With Maurice and finance there was no swaying to left or to right – everything had to be straight down the line and up front. He would repeatedly say the same things to me and to the Council, but it was to remind us of our obligations in our use of church finances, and personally I am grateful that he was so assiduous. He will be a very hard act to follow.

At Council meetings Maurice always had an opinion – which he didn’t mind sharing with us. It was not easy to shift him in his opinions, but often we would sort things out beforehand by me talking things through with him. We have to recognize that he couldn’t always hear what was being said at meetings.

He loved sermons. It is our practice here to have printed copies of sermons on a Sunday, and then online, but he would always insist on making his own notes while listening to a sermon, and he would often discuss it afterwards with the preacher.

Maurice’s departure from this church community is a shock. Only last Wednesday morning he was up a ladder here changing some light bulbs to LED (because it saved a bit of money). Last Wednesday evening he should have been present at a meeting of our Standing Committee and we thought it very strange that he did not appear. We now know why.

Maurice was a real character, and very much part of the St. Paul’s family, whether in the pew, at council meetings, counting the income at Aigli at the Christmas Bazaar, or doing some work around the church building. He was a man of faith, and we pray that he may rest in peace, and rise in the glory of Christ.

Read his obituary by Family and friends here