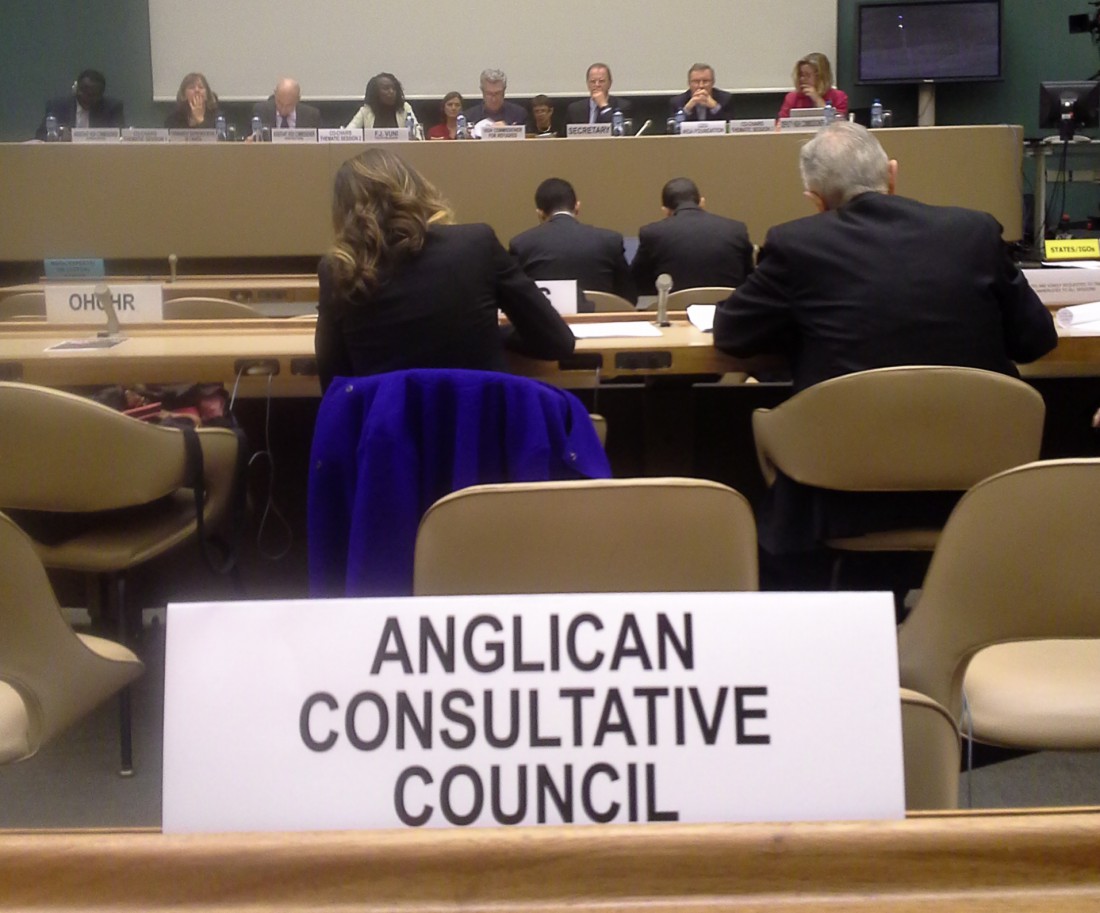 This was the view of Fr Malcolm as he sat before the podium in the central debating hall of the Palais des Nations, in Geneva, Switzerland. He was invited to be the representative for the Anglican Consultative Council at a ‘Dialogue’ held on 8th and 9th December organized by UNHCR entitled ‘Children on the Move’. Over half of the 65.million displaced persons in today’s world are children – 18 years and under. Many are unaccompanied. This means that that are highly vulnerable to smuggling, trafficking, slavery of various kinds and sexual abuse. They also miss precious years of formal education.

This ‘Dialogue’ was an opportunity for the delegates (Ambassadors, practitioners in the field and representatives of UNHCR to engage with the implementation of the New York Declaration for Refugees and Migrants, 2016, particularly as it pertains to minors and children. An impressive part the dialogue were the contributions made and priorities identified by young delegates for whom being displaced was and is part of their life experience. The ‘dialogue’ sought not to gather further information about the plight of displaced children but rather hear the responses being made to protect, to care for and bring about durable stability for dispersed children. A plenary session at the end of the dialogue several distilled areas where a ‘collective push’ could be made to bring real change to children who are displaced for reasons which are not of their making. Fr. Malcolm wrote a report which is on the website of various global organizations.