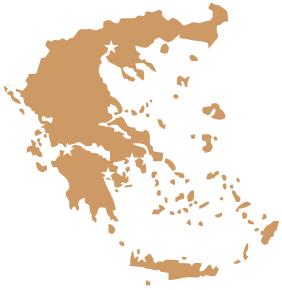 
in a land of the Bible

YOU ARE ALL WELCOME

THE ANGLICAN COMMUNION is one of the largest groupings of Christians in the world. After the Roman Catholic Church, it is the most widespread of all the Christian communions. It is found in 164 countries and has over 70 million members. It is made up of 38 self-governing Churches. The Archbishop of Canterbury is seen as being the focus of Anglican unity.

The origins of the Anglican Communion of Churches are found in the Christian Church that emerged in the British Isles. Christianity was brought to those Isles in a variety of ways, not least by merchants and soldiers of the Roman Empire and hermits from the Egyptian desert. In 597 AD, Pope Gregory the Great of Rome sent Augustine to Britain as the first Archbishop of Canterbury. He was instructed to give order to the Christian Church already present within the British Isles, as well as to advance the presence of the faith throughout England and beyond. After a difficult historical period for the British Isles, Christianity became the predominant faith within them, to the point that in the 8th century missionaries from those Isles travelled deep into continental and northern Europe helping to convert pagan tribes to the faith. Until the sixteenth century, the Church in the British Isles was an integral part of Western European Christianity and under the jurisdiction of the Pope in Rome.
During the sixteenth century, a movement of reform within the Church of Western Europe arose. It is known as the ‘Reformation’. This movement took different forms. In England, the ‘Reformation’ was of a more conservative nature. Continuity with the Church of the past was retained. The old order of bishops, priests and deacons was not abolished. The Holy Communion service (simplified and in English, rather than Latin) continued as the central act of worship on Sundays and Feast days. The ancient Creeds of the Church, like the Nicene Creed, were kept and the decisions of the early Ecumenical Councils of the Church honoured. The place of the Holy Bible within the life of the Church was restored. However, because of what was perceived as being unwarranted political interference within England by the Pope of Rome, as well as various theological criticisms about how the papacy then operated and understood itself, the Church in England removed itself from papal jurisdiction. In place of the Pope, the English monarch, in concert with the English Parliament, and the Archbishop of Canterbury, along with his fellow bishops, provided leadership for the Church in England. From then onwards the Christian Church in England knew itself as the Church of England with its own self-understanding. This self-understanding is composed of various strands: the tradition of the Christian Church in Western Europe from the earliest days of the faith, insights from the continental European Reformers of the sixteenth century and the theology of the eastern theologians of the fourth and fifth centuries that gave such shape to the Eastern Orthodox Church. This self-understanding is embodied in what is known as the ‘Book of Common Prayer’ published in 1662 – a book that contains all the authorized acts of worship of the Church of England.

The Anglican Church in Greece
The Anglican Church in Greece is made up of several congregations found throughout the country. It is under the care of the Bishop of the Diocese in Europe – a diocese of the Church of England. Through this link with the Church of England, it is part of the Anglican Communion of Churches. When in Greece, it is natural for members of the Anglican Communion of Churches throughout the world to worship with these congregations. However, the membership of these congregations is not exclusively Anglican. A very warm welcome is extended to Christians of all denominations, particularly if their denomination is not represented in Greece. †

Anglican Chaplaincies and Congregations in the Greater Athens Region
Throughout the Chaplaincy, courses on the Christian faith and spiritual growth are provided when requested, while the clergy are always available for enquiries, counsel and prayer.

The Anglican Church in Greece

Northern Suburbs
For details on the days and place of worship,
please contact our Deacon, the Rev. Christine Saccali
Contact No.: (+30) 6977 377 655