THE OLDEST PIPE ORGAN IN GREECE 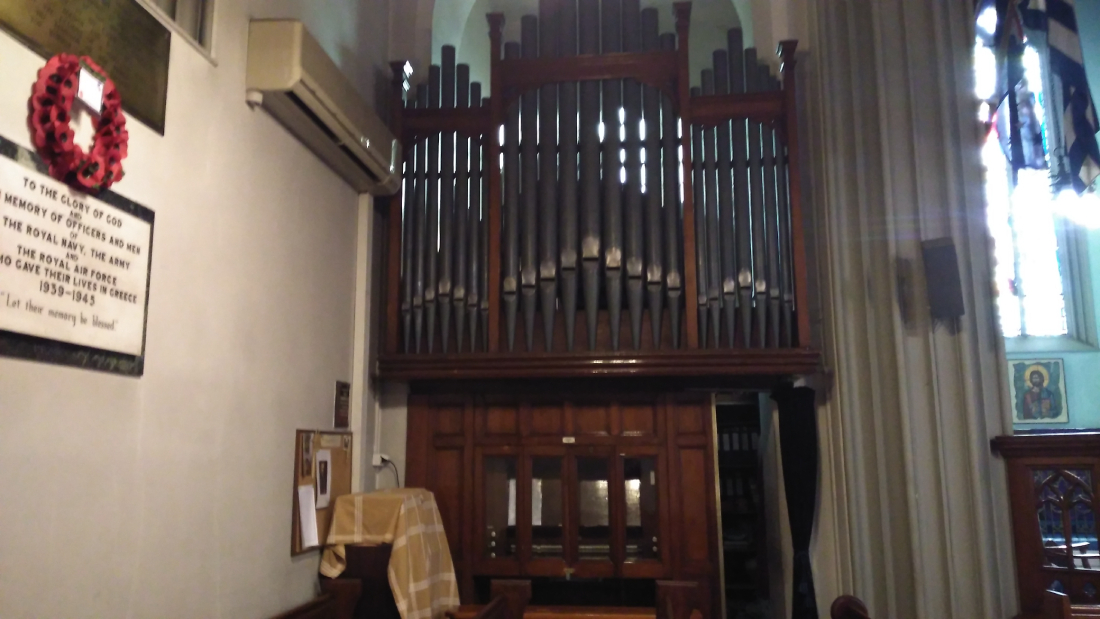 St. Paul’s Church is the proud owner of a pipe organ made by the reputed organ makers William Hill & Sons at the turn of the 20th century. Installed in 1901 to mark Queen Victoria’s Diamond Jubilee in 1897, it plays a central role in our services, as well as being a rare outlet in Greece for the corpus of music associated with the organ.

Some festivals throughout their existence stay much as they were at the start. But others grow and evolve. So it is with the Spring Organ Series (SOS) in Athens.

The SOS is a yearly festival focused on the organ and its repertoire and it is held at St Paul’s Anglican Church right in the centre of the city. For the Athenian audience and visitors from abroad, there is a succession of high quality musical events.

The SOS started as a music project, integrated into a European awarded, dynamic festival and gradually established its own identity.  Now the SOS is 15 years old and every year leaves its own music print on the music scene of Athens.

Finding a distinctive place in the crowded artistic calendar of the capital city, the SOS is not about putting nice music on stage. It is about world premieres, unusual instruments and a high level of music artistry.

A unique festival to attend every spring!