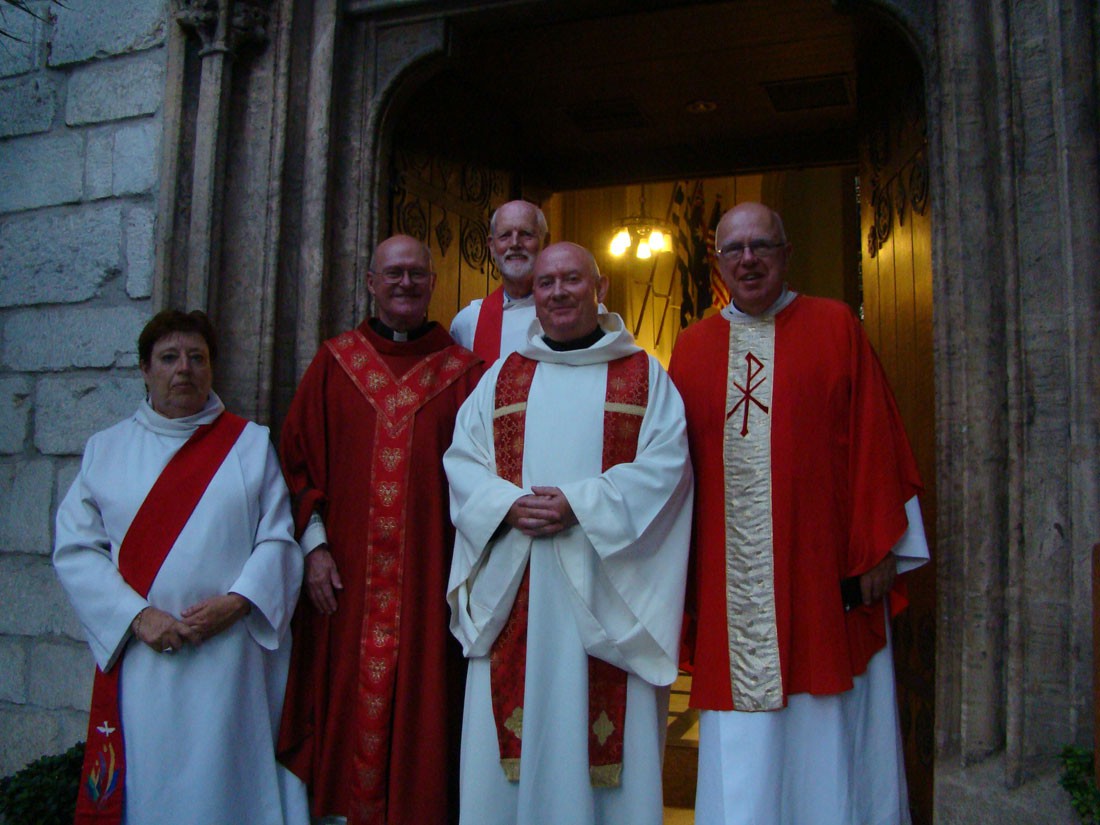 The Induction of the Revd. Canon Leonard Wallace Doolan

About sixty-five people gathered in St. Paul’s on June 30th, a swelteringly hot evening, to witness the Induction of Father Leonard. Among the guests were representatives of the Greek Orthodox Church, including the Bishop of Nazianzou, Theodoritos, and Bishop Gabriel. Also in attendance was Embassy staff, members of the Salvation Army and Apostoli. The Greek Evangelical Church was also represented. Last but not least, our outgoing and much-loved Father Malcolm and his wife, Olga. The Archdeacon paid tribute to Father Malcolm and thanked him for his work during his ministry here.

The Service was conducted by the Venerable Colin Williams, Archdeacon of the East. As he spoke to welcome people, an atmosphere of peace was palpable.

After the Liturgy of the Word, the Archdeacon delivered an uplifting sermon. This was followed by the Liturgy of Institution where he agreed to license Canon Leonard. He urged us to pray for him and support him in his ministry. Then Leonard made his declaration of assent. This was followed by the Rededication of the Ministry of the People of God, where nine people were asked to approach him and address him. Each of the nine carried a significant gift.

After the Liturgy of the Sacrament, the choir sang two Anthems, ‘Father God, We Worship You.’ And ‘You Raise Me Up.’ Christina Antoniadou, our organist, should be congratulated on the high standard of the music.

After this, Father Leonard briefly addressed the congregation. He said that we should be persistent in following in the steps of St. Paul, who, despite difficulties and disappointments was never discouraged. He urged us to be compassionate towards the poor and the strangers in our midst. He then asked us to pray for him. He expressed his gratitude to Olga for her invaluable help in dealing with the necessary formalities in settling in Greece.

At the end of this very moving service, the congregation was dismissed with a blessing. Everyone then left the church and gathered in the garden for refreshments provided and served by the owner of La Chocolatiere Mr. Tony Gabriel and his staff. Mrs. Anne Kokotou kindly supplied the wine. Many thanks should go to our wardens, Sue and Nigel, as well as Caroline and Lynn Stavrou who all worked hard to ensure the success of this service.

Altogether it was a lovely evening and we sincerely hope that Canon Leonard and his wife, Lynne, will feel welcome among us.