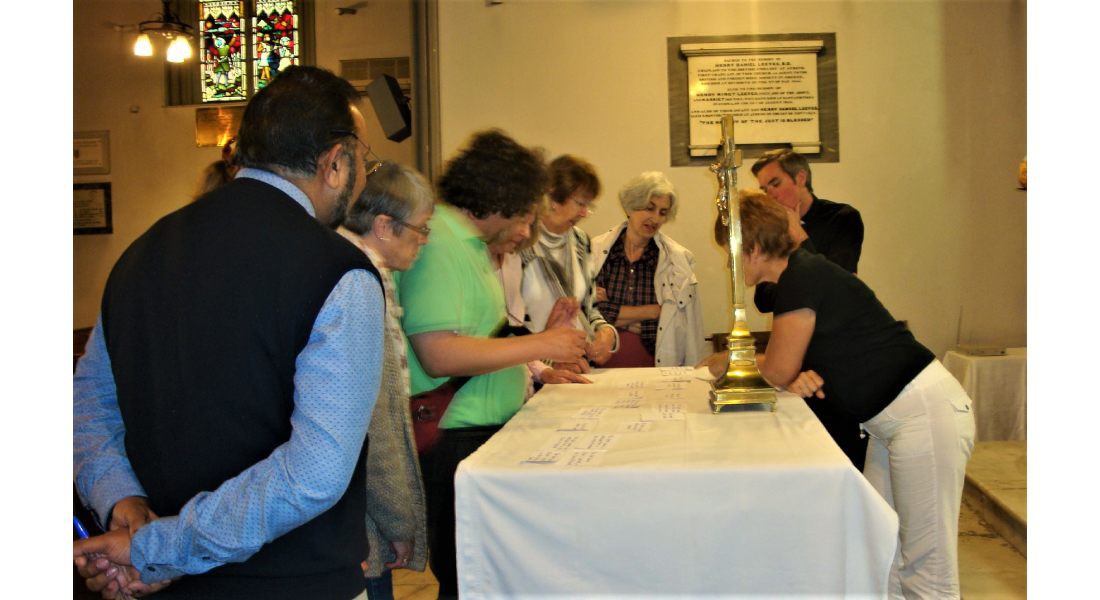 Father James’ sessions, held at the Swedish Centre or at St. Paul’s after the Wednesday morning service and lasting for about an hour and a half, began prior to Lent with “The God we Worship” – How did we get here? Encountering God-Father, God-Son and God-Holy Spirit. The Lent sessions were based on “The Narrow Way – Marks of the Christian Life”, and included Forgiveness, Sacrifice & Generosity and Community & Mission. In May and June the focus is “Distinctively Anglican – story, ethos and practice”. At the first meeting of this final session, and the first I was able to attend, Father James provided cards giving information about major events in our history and asked participants to put them into date order. Not easy, as you will see from this brief list of examples:

Those of us with memories of English history lessons from …. let’s be polite and say pre-1970 ….. were at home with some of the earlier ones but not too sure of the more recent and we learned a lot about what had happened in the 20th century. Our friend George Katsaris proved to be a mine of information and, I’m happy to say, now attends our quiz evenings!

Readings from Evelyn Waugh’s “Helena”, a beautifully written historical novel based on the life of Emperor Constantine’s mother, made us want to read the whole book; one has to hope it’s still available. Final sessions will focus on “St. Paul’s Creeds & Doctrine”, “Worship and Sacraments” and “The Anglican Communion”, with the last taking place on June 26th.