With the collaboration of ‘Thomas Tamvakos Archive of Greek Classical Composers’

An original concert with works of Greek and Greek heritage composers written exclusively for organ and voice, from the 17th to the 21st century performed for the first time worldwide or in Greece.


The concert will be introduced by the music writer, critic and researcher Thomas Tamvakos.

Basso no.12 (from the 5th Book of Partimenti  by N. Mantzaros)

From the cycle Ancient Hellenic Processions

Selections from the 9 Nove Spirituals* 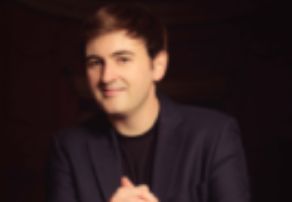 Countertenor Nikos Spanatis has performed in great Concert Halls all over Greece as well as in International Festivals and has appeared in European Countries in Art Projects, recitals and Chamber Music Concerts. He collaborates with renowned Brussels Virtuosi orchestra and their creator and famous flutist Marc Grauwels and Estonian Glasperlenspiel Sinfonietta and has collaborated with Swedish Chamber Orchestra ‘Musica Vitae’, Estonian Baroque Ensemble ‘Floridante’ and all major Greek orchestras under the baton of Tiberiu Soare, George Petrou, Vassilis Christopoulos, Miltos Logiadis, etc. He was born in Frankfurt. He has studied advanced music theory, trumpet and piano. He has studied singing with Aris Christofelis, Roza Poulimenou in the Department of Music Studies, Ionian University and soprano Mata Katsouli in Philippos Nakas Conservatory where he was awarded with a Diploma in Classical Solo Singing (1st Prize & first class honors). He has performed works of Greek composers and has done recordings for the Greek Classical Radio – Third Program, and for MDG and IDAIA labels. He has collaborated and been sponsored by TV5MONDE francophone international channel and Tricolore News. Nikos Spanatis has received warm reviews from Greek and international Press, such as, “…his velvet, hedonically dark-colored voice enchantingly conversed with the flute of Marc Grauwels…” (The Journalists’ Daily), “…sings with a lovely tone… and brings energy to his recitatives…”(Voix des Arts), among others. He is a PhD Candidate in Ionian University Department of Music Studies and Singing Teacher at Greek National Conservatory. (http://www.nikosspanatis.com) 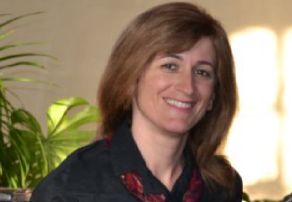 Christina Antoniadou received her earliest music training and diplomas in Athens, studying the piano, trumpet and theoretical lessons. As a scholar of the Friends of Music Association, she studied the organ at the Athens Concert Hall. She graduated from the Royal Academy of Music, the University of London and the Royal Conservatory of Scotland with BMus, MMus and LRAM. She has performed as a soloist and also as an accompanist in great festivals and venues all over Europe. Christina is the founder and artistic director of the Spring Organ Series (SOS). The SOS holds a European distinction from the European Festivals Association for the quality of its concerts and it is unique in Greece. She is the organist and music director of St. Paul’s Anglican Church in Athens. She teaches the organ at the ATHENAEUM International Arts Center and Conservatory as well as at the Kodály Conservatory. She is a member of the Japanese drum group Atene Daiko-Drums of the Sun, while her recent studies in film therapy have led her to the EAR Interactive Ritual Playback Theater – D. Magiou.