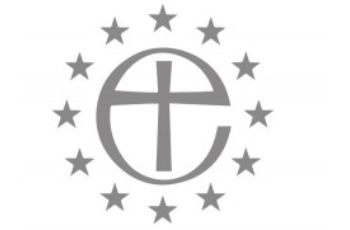 Two weeks ago, we read to a passage from St. Paul’s letter to the Romans in which he talks about the difficulties of following the law.  I have in mind especially his phrase ‘with my mind, I am a slave to the law of God, but, with my flesh, I am a slave to the law of sin’.  The difficulties of following the law, of course, do not excuse us from working on putting it into practice!  Today, I want to think about what it might mean to put the law into practice on a regular basis.  When I say the law here, I have particularly in mind how it is articulated in one version of the order of service for the Eucharist in the Anglican church.  At the beginning of the service, after the prayer of preparation, we have the summary of the law:

I am particularly interested in that second commandment to love our neighbours as ourselves.  It is the new commandment which Jesus gave to his followers at the Last Supper and we read the relevant passage every year on Maundy Thursday.

So, how might we put this commandment into practice?

For me, one answer to that question came during the six years when I was teaching ancient Greek history and classical archaeology at Boğaziçi University in Istanbul.  After I arrived, I quickly discovered that, in many ways, my Turkish students were not very different from students whom I had taught in the U.K. or in the States and they certainly had many of the same problems.  In my second semester, my masters student suddenly was having a lot of problems because his long-time girlfriend broke up with him, although he wouldn’t actually tell me what was going on.  Nevertheless, he clearly needed someone to talk to and so I spent a lot of time listening and providing as much support as I could.  Since he was the only student in my graduate seminar, this was easier than it might otherwise have been.  One day, as he was leaving my office, he said ‘I don’t know why you are doing this for me’.  My response was that when I was a student and had problems, various people had supported me and so now I was doing the same.  My student wasn’t satisfied with this answer and, I have to admit, neither was I.

So, I kept thinking about how to answer my student’s question ….  And I remembered the summary of the law, which we said at every Eucharist in Christ’s Church, and the injunction to ‘love your neighbour as yourself’.  At that moment, I realised that, for me, reaching out to a student in need is how I put the law into action.  Once I came up with the real answer to my student’s question, I never passed it on to him because I knew that he would not understand: the summary of the law with its emphasis on love is completely foreign for someone who has been brought up in the tradition of Islam.

But this answer stayed with me and later I did use it with other masters students who asked me much the same question.  Those students, however, knew me much better than my first masters student and they knew that I was a practising Christian.  I’m not sure how well they understood my explanation, which I did ground in the law, but it gave them an answer for why I would spend so much time taking care of them.  For me as an educator, putting the commandment to love your neighbour as yourself into practice is a fundamental part of what I do and how I do it.

Of course, everyone’s answer to the question of how to put the law into practice will be different, because we are all different people.  But we still need to ask ourselves the question: how do we put the law into practice in our daily lives?  Once we have an answer to this question, then we need to put the answer into practice to the best of our abilities, even though we will not always succeed because, as St. Paul was quick to emphasise, our bodies are slaves to sin.