On Sunday 12th November, Her Excellency Kate Smith CMG, British Ambassador to Greece, together with several other Ambassadors and Diplomatic Dignitaries, attended the Annual Service of Remembrance at St Paul’s Church.

A wreath of Poppies was laid upon the Altar at the start of the service which included the hymns “Praise my soul”, “Eternal Father strong to save”, “Blest are the pure in heart”, “O God our help in ages past”, and “Now thank we all our God”.

Captain Richard Blackwell RN, read from the Book of the Wisdom of Solomon, and Her Excellency the British Ambassador read from St Matthew’s Gospel.

Fr Leonard gave a thought-provoking sermon on “Wisdom” (full text available here) after which the intercessions, lead by Lynn Stavrou, prayed for all those who had died in the Two World Wars and in the many wars since then. 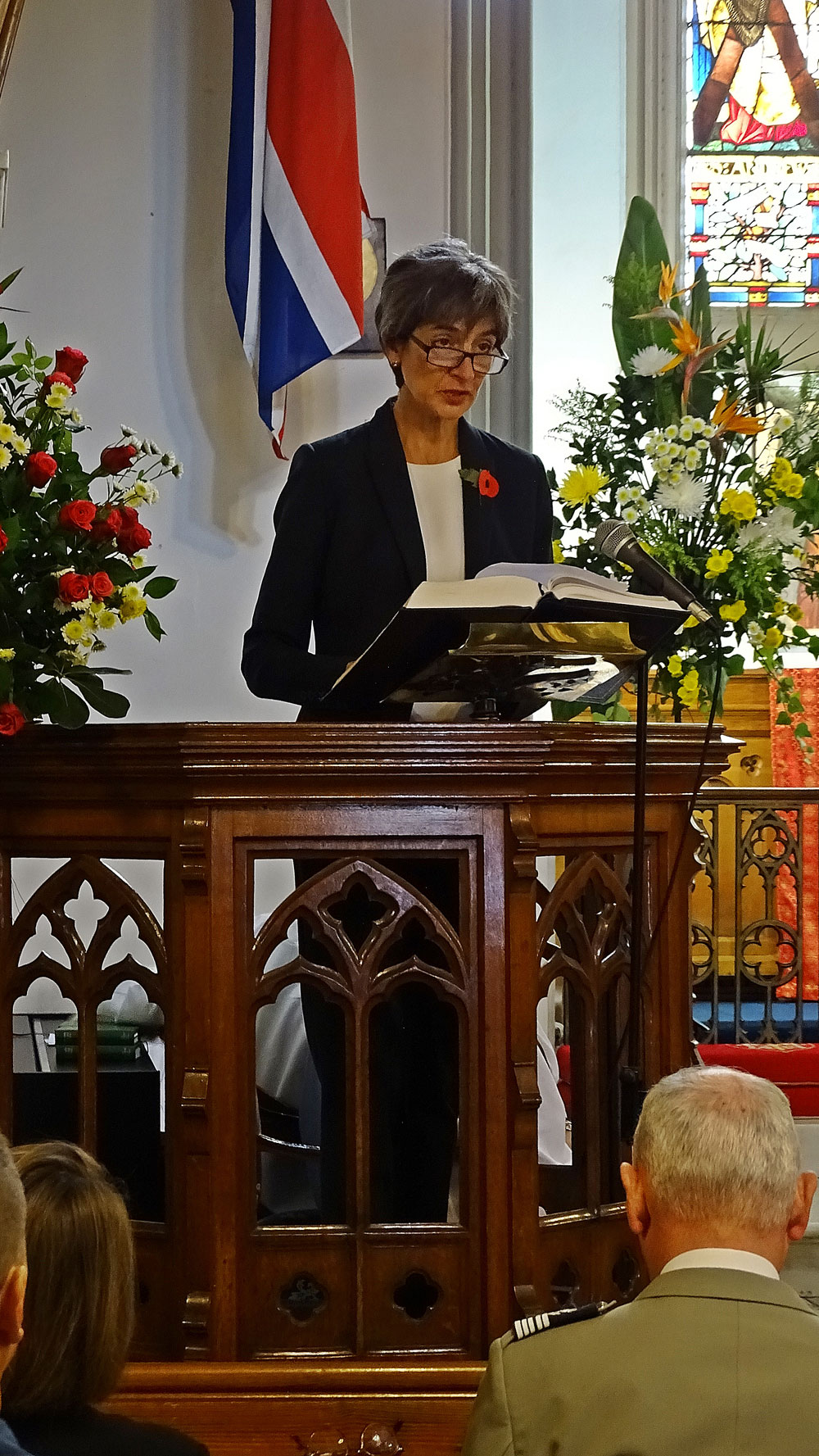 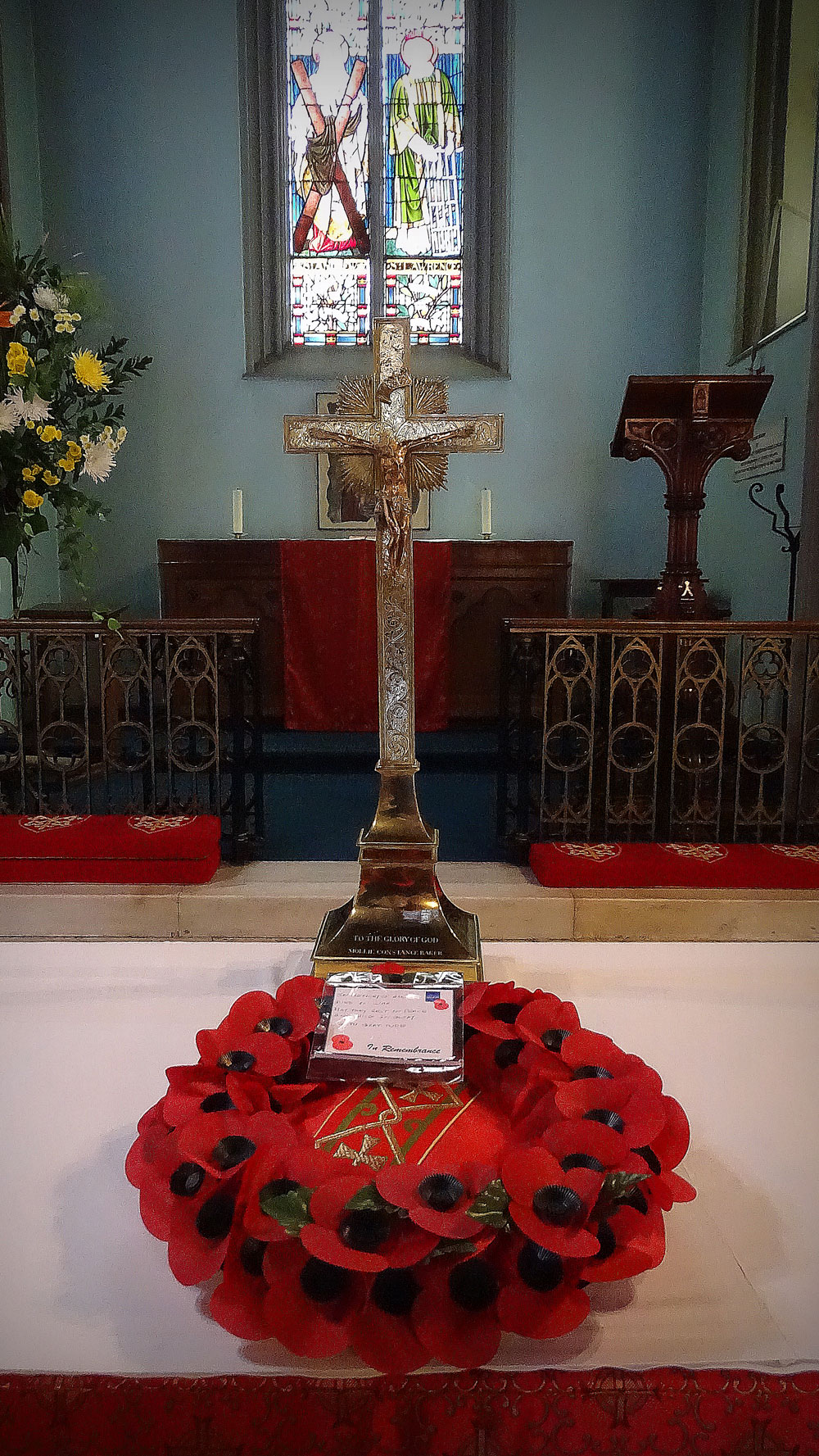 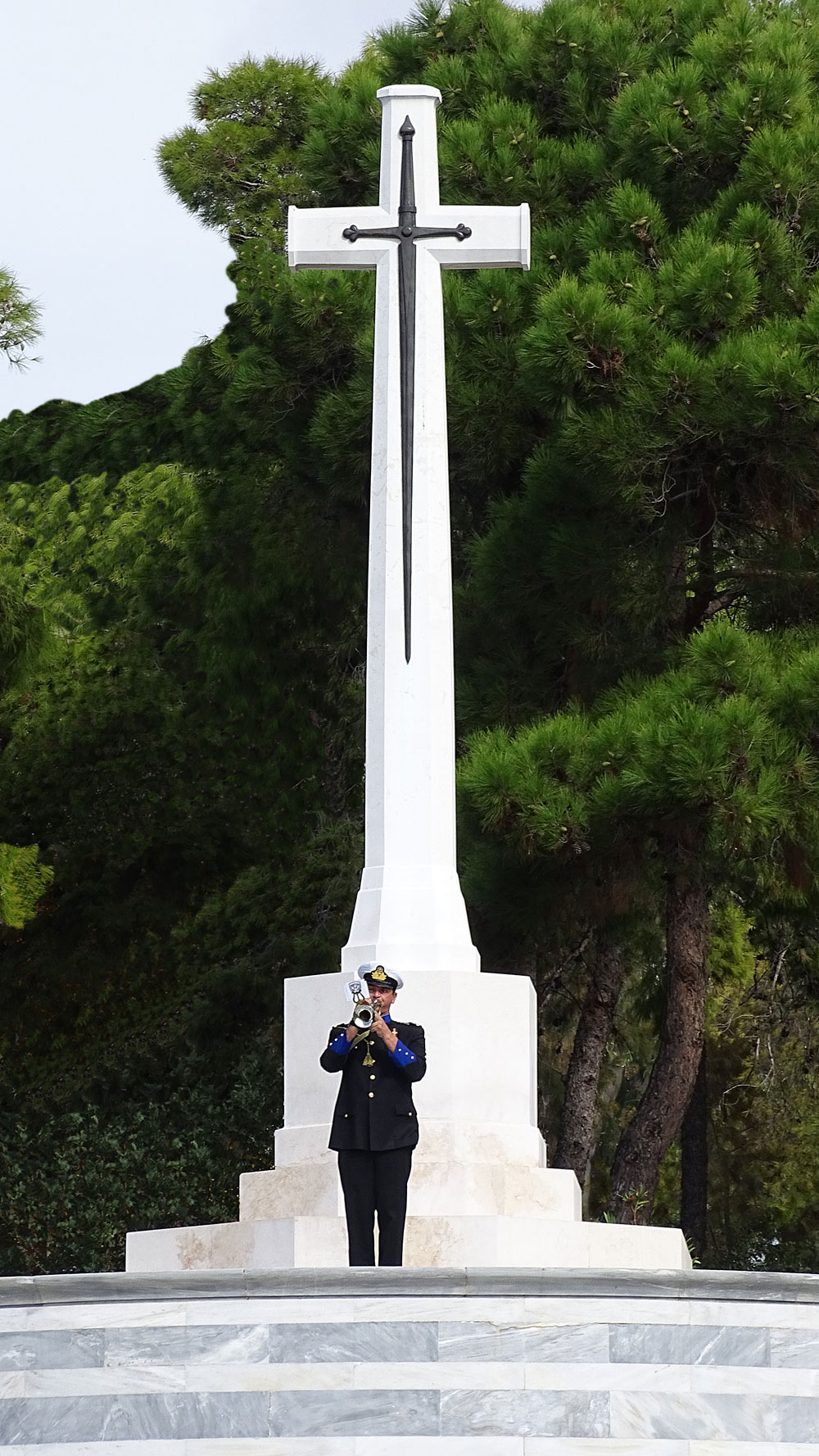 At the end of the service Fr Leonard read the Ode to Remembrance, an extract of the poem “For the Fallen” by Laurence Binyon:

They shall grow not old as we that are left grow old; Age shall not weary them, nor the years condemn.

At the going down of the sun and in the morning,

We will remember them.

This was followed by a 2 minutes’ silence after which the National Anthem of Great Britain was sung.

Before the Altar party and the dignitaries filed out, Captain Richard Blackwell quoted the celebrated epitaph by John Maxwell Edmonds:

When you go home tell them of us and say,

For your tomorrow we gave our today 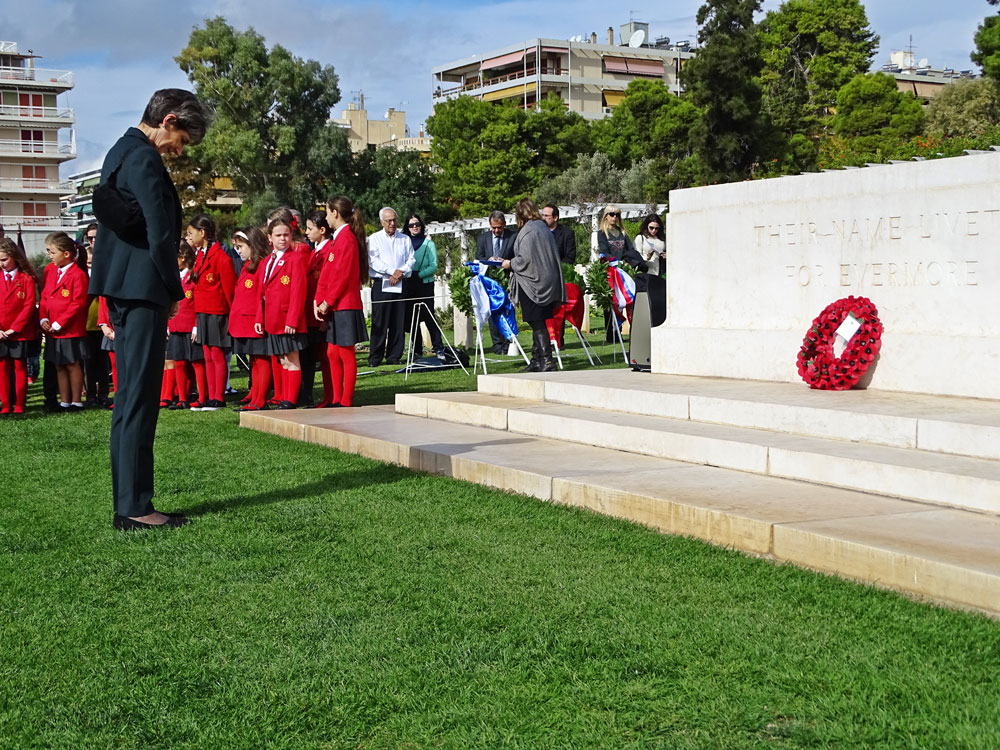 An outdoor Service of Remembrance was later held at Alimos War Cemetery in Phaliro.  At the cemetery representatives of the Anglican, Greek Evangelical and Greek Orthodox Churches participated in the Service, lead by Fr. Leonard, the Anglican Chaplain. Many Ambassadors and other senior diplomats laid wreaths on behalf of their countries. Readers and some of the music was provided by students from St. Catherine’s British School and members of the British Embassy. The National Anthems of Great Britain and Greece were sung. Lt. General Florus, who took the salute, was the senior member of the Hellenic Armed Forces at the ceremony.