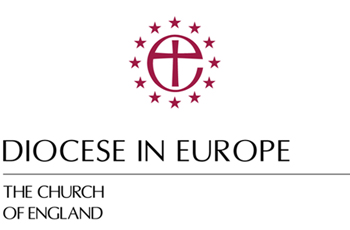 Dear Brothers and Sisters in Christ,

As a choirboy in the 1960s, I used to amuse myself during what felt like interminable sermons by flicking through the pages of the Book of Common Prayer. I quickly formed the view that, after the exciting events of Christmas, Epiphany, Easter and Whitsun the author’s imagination had run out when it came to the Trinity season. So we had a succession of Sundays ‘after Trinity’ from the first, the second, the third…right up to the twenty-fifth until things restart in Advent. All very dull and boring.

These days, I see it differently. The celebration of Trinity Sunday draws together the divine activity in creation and redemption made known through the threefold action of God – Father, Son and Holy Spirit. Human beings are incorporated into this life through faith and baptism in the name of the Trinity. Our lives are to be patterned individually and corporately upon a God who makes himself known as a diverse unity. And so all human life is lived as a series of events ‘after Trinity’ until the last great day when God in his Advent makes all things new.

The Place of the Diocese in Europe

The notion of ‘unity in diversity’ resonates with our disparate diocese. Perhaps that is why so many of our chaplaincies are dedicated to the Holy Trinity. We embrace many nationalities and cross many cultures; we are both Reformed and Catholic. In an age when peoples and countries are sorely tempted to turn inwards upon themselves, I believe our Diocese’s border-crossing witness in Europe (and Morocco) remains of vital importance. Our English language is a powerful and accessible form of communication to millions of non-native English speakers. We preach a humane and generous gospel and offer a spiritual home to many who are away from home.

However, sustaining our diocesan life has become increasingly demanding. Those who founded the diocese in its current form in 1980 could never have imagined the complexity and challenges that it would face in 2018. Modern communications and computer technology offer opportunities and also place upon us additional requirements in terms of security and data protection. A cultural revolution and the recognition of past failings in regard to children and vulnerable adults means providing for safeguarding is now a non-negotiable requirement laid down by our national church. And appropriately professional recruiting and satisfactory care and support of clergy leads us to deploy properly resourced archdeacons.

In recent years the financial situation of the diocese has worsened as some of the increasing costs indicated by these developments have started to be incurred without balancing income being in place. In 2017, our deficit was an eye-watering £370,000.

This was clearly unsustainable. Without drastic action, the diocese faced the possibility of running out of cash by 2022.

The Church Commissioners for England came to our aid by providing us with a highly experienced Finance Director, Mike Fegan, to act as interim diocesan secretary. Mike developed a financial plan that was approved by the Bishop’s Council (acting as Directors of the Diocesan Board of Finance) at its meeting in October 2017. This plan envisaged an increase in Common Fund from 5% of income to 6% in 2018 and 10% in 2019.

Many of you wrote to me and to Mike to express dissatisfaction with the lack of consultation before this DBF decision. The reality was that we had to act quickly as the financial situation was so serious. However, during the last nine months we have tried to consult as widely as possible and we have answered a large number of letters from you.

This process of consultation formed the heart of our recent diocesan synod, when the financial plan was re-presented, discussions were held on safeguarding, archdeacons and communications, and we heard from the national stewardship officer (John Preston) and the Secretary General of the General Synod (William Nye).

At the final Session of the Synod we debated a motion proposed by the Swiss Archdeaconry relating to the financial plan. This was subject to amendments and in its final form was passed with an overwhelming majority. I think it is important that you see the whole text of the motion approved by the Synod, which reads as follows.

“This Synod is supportive of the vision of the Bishop’s Council and Senior Staff and commends the desire to increase our Diocesan commitment to communication, paid archdeacons and good safeguarding practice, and requests that:

I should say that the tone of the whole Synod, and the final debate in particular, was warm, thoughtful and harmonious. There was a real desire to address and solve problems together in a spirit of unity. One of the observers at the Synod told me that she was deeply impressed by how we were able to discuss sensitive issues such as finance in such a considered and equitable manner. There was a sense that, alongside the work proposed in (a) to (d), it is vital that we maintain momentum with implementing the financial plan.

Running alongside the above themes, the Synod also took the ‘Environment’ as a main theme. Our Bible Studies (by Dave Bookless) helped us see the message of scripture through an environmental lens; we were addressed by Rich Bee of A Rocha, by our own Environmental Officer, The Revd. Elizabeth Bussman, and we watched the inspiring film ‘The Green Patriarch’.

At the conclusion of the Synod a motion was proposed by Archdeacon Geoff Johnston, chair of our Mission and Public Affairs Unit as follows:

“This Synod supports and commits itself to becoming an Eco-Diocese and invites the Environmental Officer to take the necessary steps on its behalf to register the Diocese”.

This motion was, again, passed with an overwhelming majority.

You can find out more about the ‘eco-church’ scheme here

And I invite your own church council to consider whether you want to become an ‘eco-church’ within our wider ‘eco-diocese’.

Into a Season of Growth

At least in my part of French-speaking Belgium, flowers and fruit trees are currently growing fast after a beautifully warm May and a week or two of warm sunshine and some heavy rain.

Growth in our Diocese has been uneven. In the early years of the millennium our numbers fell – as William Nye pointed out to us in his Synod presentation. However, over the last three years, our electoral rolls have risen by 7%. Growth is an outcome of other factors: it is not something we can control for it is given by God – like growth in the natural world. But, if the parables of Jesus are anything to go by, a healthy church can be expected to grow.

In this Trinity Season those of us who use liturgical colour wear green, which is a symbol of growth. I hope and pray that each of you will see hopeful signs of spiritual growth in this early summer. I am keenly aware of the additional strains placed on all our congregations by the Diocese’s financial plan. But I hope and trust that we will have the strength to bear these strains, the faith to address the challenges, and a common vision and commitment to support each other during a time of change and development.

Bishop David joins me in wishing you every blessing for the summer,